Why Your Roof Damage Might Not Be Covered by Insurance 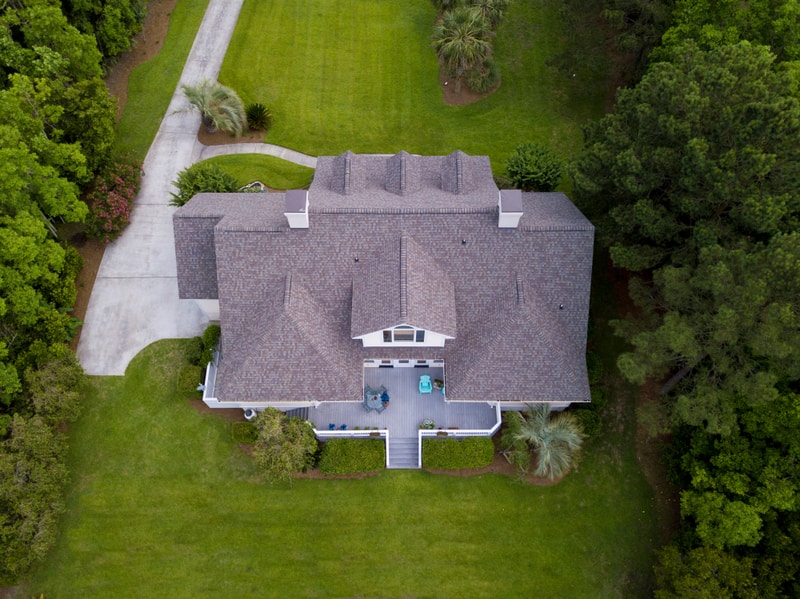 Roof replacement can be prohibitively expensive for many homeowners. A new roof costs just over $7,000 on average in the U.S. but could cost up to a whopping $30,000 if your home has an expensive roofing material, is especially large or possesses a complicated roof shape or slope.1

In the event of a storm or falling tree, you would hope your homeowners insurance would cover basic roof damage. However, your insurance company may deny you coverage precisely because roof replacement is one of the costliest home repairs.

Caveat #1: Your Roof Is Too Old

You may assume your home insurance will cover your roof damage in the event of a fire or break-in, and in most cases, that’s a reasonable assumption to make. However, roof coverage might not apply if your roof is deemed “too old.”

In most cases, a roof will be considered too old if it is 20 years or older, as this is the lifespan of most shingle roofs in the U.S. Your roof may also count as too old if one of the lower layers is 20 years old and you had a new roof layer added on top of it, instead of paying for a full tear off and replacement.

Why is this the case? Simply put, an insurance company does not want to pay full price to replace a roof that was likely near the end of its depreciable life expectancy regardless of whether it sustained damage.

As an alternative to providing no coverage, your insurance company may pay for repair, but not replacement. They may also pay for the replacement of the roof at its actual cash value, taking depreciation into account, rather than the original value. If this happens, you will have to foot the rest of the replacement bill.

Caveat #2: The Damage Was Your Fault

Homeowners insurance usually covers roof damage in extraordinary circumstances beyond your control. However, it is highly unlikely your roof damage will be covered if the insurance company can reasonably put the blame on you for a roof malfunction.

One of the most common instances where roof damage may be deemed “your fault” is if you have a roof leak due to normal wear and tear. For example, if a roof shingle came loose and blew off your roof, exposing the underlayment to rain, and you never fixed the issue, your insurance would likely not cover the resulting water damage. From their perspective, you should have called a roofing professional to inspect and maintain your roof.

Your insurance company may also refuse to cover your roof damage if you attempt to make a minor roof repair and end up making the situation worse. For example, some roof shingles and tiles are delicate and may break or fall off when tread on, or you may try to nail a shingle back in, only to cause a leak by puncturing your roof in the wrong place. Since you directly caused or exacerbated the damage instead of calling a qualified professional, you would be responsible for paying for repair or replacement.

Caveat #3: Your Roofing Material Is Too Financially Risky to Cover

The ultimate goal of an insurance company is to make money, so they generally don’t want to cover roofing materials that are highly expensive, easily damaged or both. Wood shake roofs are a particularly high risk because they cost a fair amount of money, have a similar or shorter lifespan than shingle roofs and burn easily. Many companies won’t cover wood roofs at all because of their susceptibility to wildfire and water damage. If you have a wood roof, be sure to do thorough research before committing to an insurance policy.

Metal roofs, while fire resistant, are also quite expensive to replace and can be easily dented by hail. Slate roofs are luxurious but heavy and costly to install. With these types of roofs, insurance companies may try to dismiss damage as “cosmetic” so they don’t have to replace the costlier roofing materials. They may also charge a premium for coverage of a more expensive roof.

On the flip side, insurance companies often reward homeowners with impact-resistant or wind-resistant roofs with better coverage and other incentives, as these roofs reduce the chance that they’ll have to pay for hail and windstorm damage.

Caveat #4: The Peril That Caused the Damage Is Excluded or Isn’t Covered by the Policy

It is always a good idea to go through your homeowners insurance policy with a fine-tooth comb. In doing so, you should get an understanding of what types of damage – or “perils” – are included and excluded from the policy. Remember, once you sign off on a policy, you’ve accepted its terms, including roof coverage exclusions.

Here are some of the perils that are typically included under a homeowners insurance policy:

*It should be noted that many insurance companies are moving away from covering hail and windstorm damage in their policies because of the high cost associated with these damages due to their ubiquitous natures. Hail doesn’t affect one home, it affects all homes in an area, which could result in a high volume of very expensive claims after just one storm. Check to see if these are excluded from your specific policy.

By contrast, here are the types of damage that are almost never covered by your policy:

In cases where homeowners insurance doesn’t cover certain damages, you may want to purchase an additional policy, such as a flood policy from the National Flood Insurance Program, or inquire about an endorsement to your homeowners policy.

What If My Insurance Company Refuses to Pay a Legitimate Claim?

If your roof has sustained damage and you believe it is covered by your policy, but your insurance company won’t pay the claim, it may be in your best interest to enlist the help of an attorney. An attorney can help you compile your evidence and build a case for your claim and, in the best-case scenario, get you the repair or replacement that you’re owed.